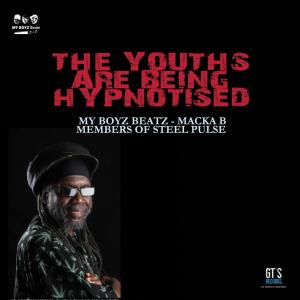 Macka B teams up with members of Steel Pulse and Birmingham based production team, My Boyz Beatz

Macka B – The Youths Are Being Hypnotised 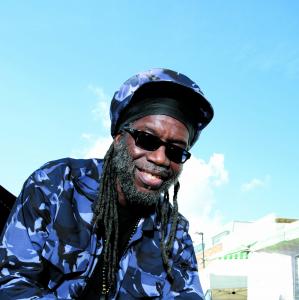 ‘The Youth Are Being Hypnotised’ inspires us to be our best selves reminding us despite all our surrounding influences, we have infinite potential within

It is clear that Macka B is a conscious, consistent class act. Big love to all who have contributed to make this song what it is. Thank you for the awesome experience. This one is for the fans…””

BIRMINGHAM, UNITED KINGDOM, May 12, 2022 /EINPresswire.com/ — My Boyz Beatz present
MACKA B & members of STEEL PULSE
The Youths Are Being Hypnotised
Digital Single: OUT NOW

Macka B teams up with members of Steel Pulse and Birmingham based production team, My Boyz Beatz to produce a GT favourite.

After many hours of fun and games in the studio, My Boyz Beatz proudly presents a massive Macka B track, ‘The Youth Are Being Hypnotised’. The track inspires us to be our best selves reminding us that despite all the surrounding influences, there is infinite potential within us all.

With this production GT has fulfilled his ambition to produce Macka B. GT has had his eye on Macka B since the iconic MC show at Maxamillion Night Club, Broad Street Birmingham where Macka B performed alongside Pato Banton, Tippa Irie & Papa Levi.

GT says, “It is clear that Macka B is a conscious, consistent class act. Big love to all who have contributed to make this song what it is. Thank you for the awesome experience. This one is for the fans…”

MORE ABOUT GT RECORDS
GT is a well known personality in the International Reggae arena, known for producing, touring and managing some of the biggest names in the British Music Industry including Grammy Winners UB40 and Steel Pulse as well as Grammy nominated acts Pato Banton and Tippa Irie.

My Boyz Beatz is the artist and production team for GT’s Records, formed by GT, Keith Brown and Mandy Gakhal. Their focus is developing musical talent and musical entrepreneurship while sharing inspiration and experience across generations.