Statues.Com to Honor Abigail Adams for her Trailblazing Role as First Lady During the Birth of the Republic 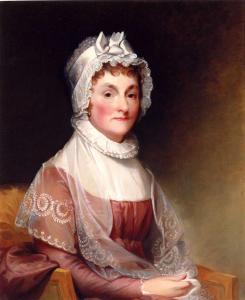 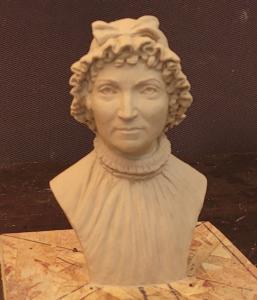 Statues.Com to Honor Abigail Adams for her Trailblazing Role as First Lady During the Birth of the Republic

It’s time to celebrate Her Story Through Sculpture! Each bust will amplify the achievements of phenomenal women and serve as visual inspiration for all people.”

” Collection at Statues.Com pays tribute to our nation’s second First Lady with 7-inch statue for her remarkable record as a patriot who encouraged her husband, President John Adams to “remember the ladies” during the formation of the Declaration of Independence

” special collection commissioned by Statues.Com for championing the rights of women, as well as exerting her influence with her husband President John Adams when it comes to the major issues surrounding the creation of the Declaration of Independence.

Statues.Com is celebrating Abigail Adams with a 7-inch bust – in conjunction with the July 4th holiday commemorating our nation’s birth of independence – for her significant contributions in helping to shape the national debates through her husband John Adams that lead to the formation of the Declaration of Independence.

Abigail Adams, (1744–1818), who was sometimes considered to have been a founder of the United States due to her influence with her husband, John Adams, our country’s second president and a signatory to the U.S. Declaration of Independence, was a prolific writer whose correspondence gives an intimate and vivid portrayal of life in the young republic.

As the revolutionary spirit swept through the colonies, Abigail strongly supported the movement for independence and applied that same philosophy to women being granted more rights. When her husband was preparing to pen a statement of principles that would be adopted by the Continental Congress as the Declaration of Independence, she asked him in a letter to “remember the ladies and be more generous and favorable to them than your ancestors.”

It is this letter that is most commonly cited as proof of Abigail’s commitment to advocate for women’s rights. Abigail did ardently support a woman’s right to education. In 1778, she wrote her husband that “you need not be told how much female education is neglected, nor how fashionable it has been to ridicule female learning.”

Abigail lent her voice to the most pressing issues of this era in American history. As the nation’s two major political factions, the Federalists and the Anti-Federalists – which would later become known as the Jeffersonian Republicans – evolved into political parties during the 1790s, Abigail pointed out her husband’s friends and foes in both groups.

” collection, Telling Her Story Through Sculpture” is honoring 24 women over the next two years from the fields of science, civil rights, history, astronomy, aviation, education, the arts, politics, social activism, medicine, and much more. Statues.Com will present one of these women in a white bonded marble or bronze bust each month.

“After three decades of creating and manufacturing sculptures for buyers around the world, it’s time to celebrate Her Story Through Sculpture! Each bust will amplify the achievements of phenomenal women and serve as visual inspiration for all people,” said Evi Karpos, Project Coordinator at Statues.Com.

These statues are available for sale on Etsy.com and at the Statues.Com website.

Statues.Com was the first custom sculpting studio to offer commissioned marble and bronze art sculpture services online. Over the years our business has evolved to include clients from all over the globe. We combine detail-oriented project coordinators and the latest technology with highly skilled artisans and sculptors – all coming together to bring your vision to life before your eyes. With over 25 years in the industry, we offer a personalized experience, white-glove service, and a team that prides itself in creating a true work of art. Statues.Com is a family business that has been “shaping history through sculpture for over 25 years”, says CEO and President Vasilios Karpos.

Article originally published on www.einpresswire.com as Statues.Com to Honor Abigail Adams for her Trailblazing Role as First Lady During the Birth of the Republic

Boardsi CEO discusses providing Board Members and Board Advisors for Companies