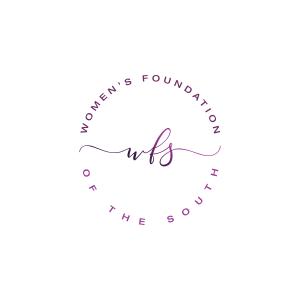 WOMEN’S FOUNDATION OF THE SOUTH TO LAUNCH “LEARN WITH US” ON Vimeo; FIRST EPISODE DROPPED ON MOTHER’S DAY

NEW ORLEANS, LOUISIANA, UNITED STATES, May 25, 2022 /EINPresswire.com/ — Southern-based non-profit Women’s Foundation of the South (WFS) is pleased to announce that it is airing the first episode of its four-part Learn with Us series on streaming service Vimeo. WFS’s Learn with Us series amplifies the Foundation’s vision of a flourishing South, where womxn and girls of color are healthy, doing well financially, and able to determine their own destinies, ensuring that they and their families thrive. Note WFS’ use of “womxn” to include trans womxn and gender non-conforming people.

Learn with Us is an impact production, telling the stories of womxn and girls of color in the South, and rooted in content that showcases conditions and issues that womxn and girls face in the country’s Southern states. The timing of the debut – on Mother’s Day, May 8 – was intentional.

The Women’s Foundation of the South (WFS) is a revolutionary first-ever foundation dedicated to womxn and girls of color across 13 states, guided by grantmaking experts of color. WFS’s Learn with Us is a four-part series of 30-minute videos featuring womxn of color speaking about their experiences and telling compelling stories that illustrate these events.

The first episode concerns the specific experiences womxn of color have when it comes to maternal health, maternal mortality, infant mortality, and reproductive justice in Southern states, particularly Louisiana. Four panelists speak about their own experience of birthing while black as well as what they encounter as birth workers in Louisiana, and the discussion is moderated by WFS Founding President and CEO Carmen James Randolph.

This is a don’t-miss debut episode that changes the way people think about maternal mortality and health, leaving them with the clear understanding that outcomes concerning maternal mortality are so much worse in Southern states for womxn of color than elsewhere in our country.

The topic of maternal mortality is especially impassioned, and of-the-moment given Senator Bill Cassidy’s (R-La.) controversial and comments to Politico that Louisiana’s maternal mortality rate — one of the worst in the nation — does not tell the whole story of maternal health in the state because of its large Black population. His comments underscore how is it possible for Black womxn to be systemically unseen, unheard, disbelieved, and dismissed by healthcare professionals and even elected officials in Louisiana. He said, “So if you correct our population for race, we’re not as much of an outlier as it’d otherwise appear.” The United States has the worst maternal mortality rate among developed nations. Each year, approximately 17 mothers die for every 100,000 pregnancies in the country, with rates much more common among Black womxn than other racial groups. In Louisiana, maternal mortality for Black womxn is four times that of White womxn. WFS’s Learn with Us series is particularly eye-opening in light of Sen. Cassidy’s statement. Watch it and Learn with Us and Partner with us to #ShiftTheSouth.

About Carmen James Randolph:
As an experienced leader in philanthropy known for championing sustainable transformation from the intersections of gender, racial and social justice, Carmen specializes in galvanizing funders, donors, policy makers and grassroots activists to forever change communities, organizations and people for good. With 21 years of expertise in philanthropy, she has leveraged more than $20M in new investments from national and regional funders to support and transform marginalized communities.

About Women’s Foundation of the South:
WFS centers and invests in the collective power, health, well-being, economic security, and leadership of womxn and girls of color in the South. WFS is a permanent, endowed institution that serves as a gateway for donors, foundations, corporations, and individual investors to maximize the social impact of their investments in womxn and girls of color in the South. Women’s Foundation of the South seeks to connect philanthropy – funders and individual donors – and investments with womxn BIPOC of the South to help amplify the voices and actions of those nonprofits in the South who are led by – and working on behalf WGOC of the South. By transforming the way philanthropy prioritizes its funding, we can effect systemic change in gender and racial injustice when it comes to charitable giving.

Article originally published on www.einpresswire.com as WOMEN’S FOUNDATION OF THE SOUTH TO LAUNCH “LEARN WITH US” ON Vimeo; FIRST EPISODE DROPPED ON MOTHER’S DAY